Skip to content
es no broma!! Map, compass, navigation skills and acclimatization required!
While in Baño drinking cerveza and practicing my Spanish with Lucia, a german guy sat down next to us who had just biked 60 km into town!  He was a nice guy, and fluent in Spanish, so he quickly became part of our conversation.  We discussed all sorts of things, and how they differ among Germany, Ecuador, and the US.  And Lucia and I jealously heard about his travels all around the world over the next year.
And fortunately for me, he was headed to Cuenca next as well.  I really wanted to hike in Cajas National Park, but knew it was unsafe for me to do so alone.  After hearing about his 60 km bike ride, I figured he’d be game for a good hike!  We met up Sat night in Cuenca for beer and decided to hike the Inca Trail– a nice, long ~20 km hike.
In the morning, we jumped on the bus towards Guayaquil.  After both being solicited by Jehovah witnesses on the bus with a pamphlet that asked “¿Será possible que los muertos vuelvan a vivir?,” we jumped off the bus at the trailhead.  We loaded up on a high energy breakfast, Ecuador style:  carne con arroz y plantains.  And, of course, ají.
We set off on the Inca trail towards Laguna Luspa, the first of many beautiful lakes along our hike. 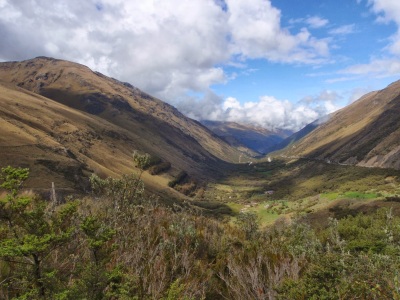 We were relieved to see trail markers, as we’d both heard that route finding in the park can be difficult.  But we spoke too soon.  As we reached the first creek crossing with a gorgeous water fall, the markers ran out. 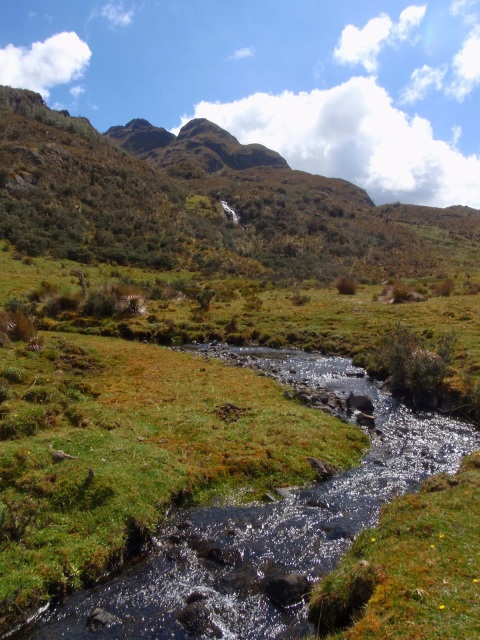 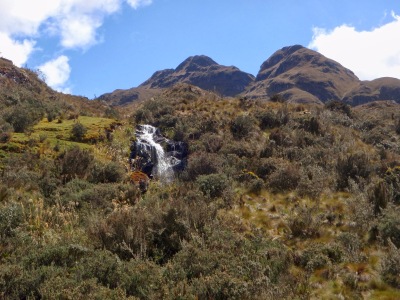 So we were probably on “trail” for no more than a kilometer of the hike.  The rest was bushwacking and route finding fun over rolling terrain covered with breath-taking lakes 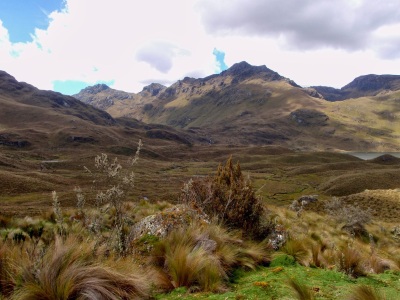 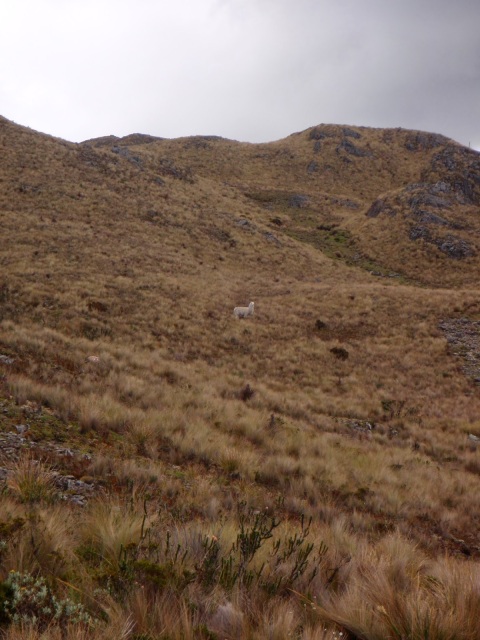 Literally breath taking!  Or maybe that was because we were at 12-13,000 feet, breathing cold, thin air….

Fortunately, we reconnected with the “trail” just in time for the cold rain 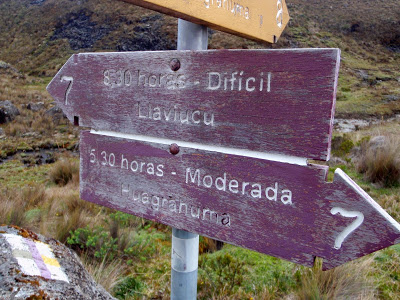 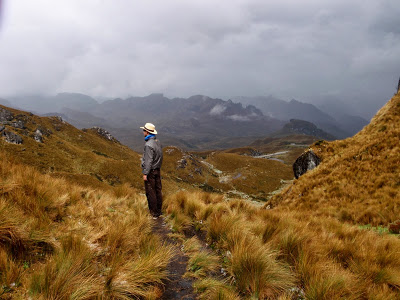 All in all, it was a fun adventure hiking in Cajas!!